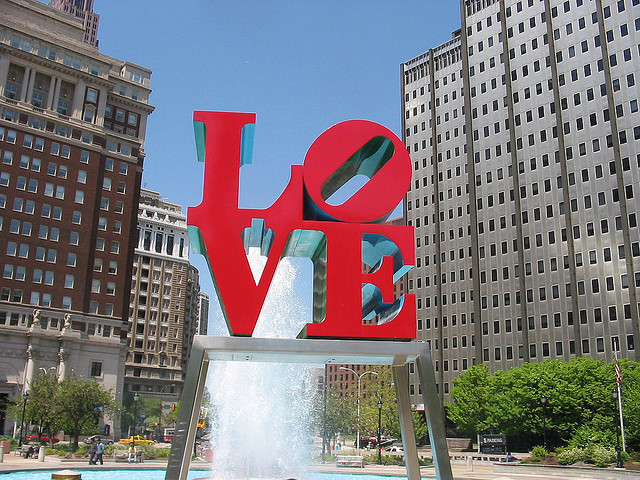 A Day Trip to Philadelphia

Philadelphia. The City of Cheesesteaks. Rocky. The Liberty Bell.
Saturday afternoon: We enjoyed two of the three this past weekend when I took my mother, my two nephews and my two little girls to the city on a short road trip from the Washington, DC area.  Hubby had to stay behind for business. Here are a few things to help you plan a short trip to Philly:

Beware the tolls!!! Ugh. If you like to drive, as I do, the one thing that can put a damper on any drive is having to pay tolls. Well I-95 north has quite a few! Philadelphia is 139 miles from DC and for that 139 miles, you’ll pay $16 in tolls going north and $8.00 on the return. Here are the tolls: $4.00 at the Fort McHenry Tunnel north of Baltimore, $8.00 at Port Deposit in Maryland and another $4.00 at the Delaware turnpike. On the return there’s no toll at Fort Deposit so you don’t have to pay that $8.00. That’s my cheesesteak money! You can get around that $4.00 toll at Fort McHenry by taking the I-695 loop around Baltimore or driving up route 40. Both will add a few miles and about 15 minutes, but if you’re in no rush, why not save the money!

Soak up the history!!!  Philly does history well. There’s so much to see and do but we went to see the Liberty Bell. I hadn’t ever seen this piece of history up close.  The Liberty Bell Center is on Independence Mall. It’s free and open to the public from 9am-5pm, though hours are longer during the summer. I should just throw in that there is no restroom in the liberty center so change all diapers before you go in! I loved reading all the displays on the Bell’s history. After we took pictures of- and with- the bell, we decided to head for Independence Hall, across the street from the Bell Center. But the rain came and it came down. A huge summer afternoon thunderstorm. I made the best of it with my 1 and 3 year olds, who wanted to run through the building. We found a small area where they played but then a park ranger came over and told my kids no running because if they fall and hurt themselves “it would be a lot of paperwork” and that “it would really hurt your knees.” Funny. It stopped raining shortly after that so we made our way to Independence Hall. The line was really long so we tried to head for the grave of Benjamin Franklin. But the rain started again- really heavy. We ran down into the subway and then made a mad dash to a mall across the street from the park. We stayed there until we (along with everyone else) was booted out at 6pm when they closed.

Mmmmm… Cheesesteaks!!! My favorite cheesesteak spot in all of Philly is Max’s on Erie and Germantown in North Philadelphia. The line was so long when we got there. Someone told me that the main character in the movie Creed eats at Max’s in the movie and so more people having been showing up there. Well, the food IS good. A large cheesesteak is $16.50 and a half is $7.50. You get your money’s worth. There’s good parking and friendly people there too.

It was a short visit to Philly but it was full of fun! I tried to remember that as I pulled up to the first toll booth.